Madame Tussauds London is strong with the Force! 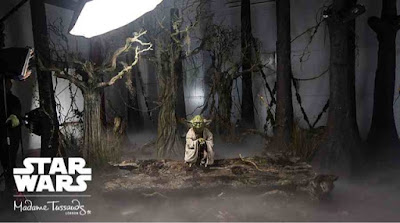 The Midichlorian count in these wax statues rival even Master Yoda! Now open at Madame Tussauds London Wax Museum, you can travel to the Galaxy far, far away and get up close and personal with 16 of the most iconic and legendary characters from the Star Wars franchise as they are immortalized in wax! You can visit Dagobah and meet Yoda the Jedi Master, Jump into hyperspace with Chewbacca on board the Millennium Falcon, or head to Tatooine and barter with crime lord Jabba the Hutt for the release of Han Solo! If you plan on attending Star Wars Celebration Europe, which is being held at the Excel London Exhibition Centre on July 15-17, 2016, this would be the perfect addition to your trip!
Posted by Unknown at 3:38 PM No comments: 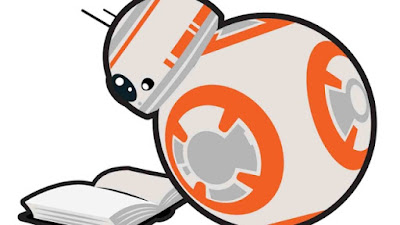 Mark your calendars! Officially announced on USA Today, Star Wars Reads Day returns for it's 4th annual event on October 10th! For the latest info on special events in your area, check out facebook.com/StarWarsReads and stay tuned to StarWars.com for more on Star Wars Reads Day!

Posted by Unknown at 5:23 PM No comments:

Email ThisBlogThis!Share to TwitterShare to FacebookShare to Pinterest
Labels: StarWars.com

On June 18th, Bandai Namco Star Wars: Battle Pod will be available for sale to gamers in two different versions. The standard one which will cost about $35,000 and $100,000 for the Premium Edition, which comes with custom leather seats, exclusive carpet, and a specially bound owner’s manual. Check out Geek.com for full details by clicking HERE! 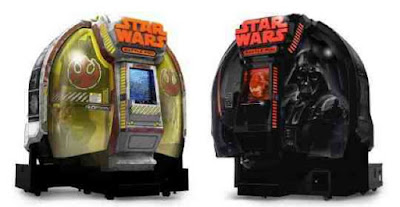 Posted by Unknown at 4:07 PM No comments:

It looks like someone got their hands on one of the newest Stormtrooper 6" Black Series figures that will be released on September 4th early as it is up on eBay! Click on the link to check out the auction!  Star Wars Black Series 6" TFA Stormtrooper

Email ThisBlogThis!Share to TwitterShare to FacebookShare to Pinterest
Labels: The Black Series, The Force Awakens

ANOVOS has put up on their site the STAR WARS Classic Trilogy Stormtrooper Helmet Accessory up for preorder. You can order either an unfinished kit or completed version. Head on over and check them out by clicking HERE! 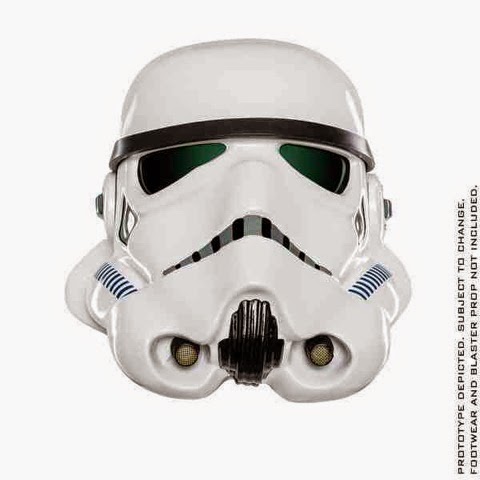 Email ThisBlogThis!Share to TwitterShare to FacebookShare to Pinterest
Labels: Costumes

If you love collecting or looking at Star Wars items that are unique and one of a kind, then you will LOVE the customs made by Walter Phenix Crowley, TD 5491- Makaze Squad of the 501st Florida Garrison! Phenix is known world wide for his unique customs. Many of his works of art have been featured several times in books, displayed at both the Orlando and Anaheim Star Wars Celebration conventions and at the Rancho Obi-Wan Museum by Uber collector Steve Sansweet! So don't delay and click here to check out his amazing customs!

Email ThisBlogThis!Share to TwitterShare to FacebookShare to Pinterest
Labels: Customs

The Force is strong for Costume Fan Days!

Join us and our friends from the The 501st Legion and The Rebel Legion on May 30th, from noon to 5pm at the Jones Creek Library for our 8th Annual Costume Fan Day. Children (big and small) will enjoy our Lego building contests, building their own pool noodle lightsaber, Jedi Training Academy, Blast-A-Trooper, character story time, crafts, games and more! As well as meeting some of their Star Wars heroes in person. 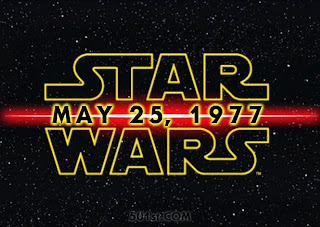 The movie that started it all, Star Wars was released 38 years ago today, May 25th. Happy Anniversary! Thx to 501st for the image.

Posted by DeathStarDroid at 7:31 PM No comments:

Email ThisBlogThis!Share to TwitterShare to FacebookShare to Pinterest
Labels: Misc

Keep your eyes pealed on the toy aisles and happy hunting!!!!

Posted by Unknown at 7:08 PM No comments:

Email ThisBlogThis!Share to TwitterShare to FacebookShare to Pinterest
Labels: Hasbro, The Black Series

This is the Droid your looking for!

Now in stock at Hobbylink Japan is the 1/12 scale version of C-3PO from Bandai! 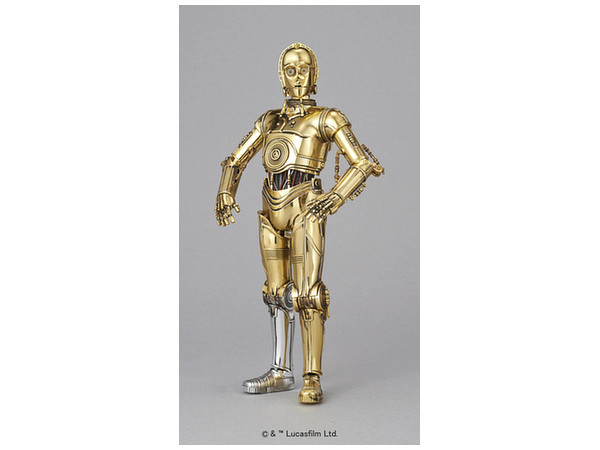 Description from HLJ:
This 1/12-scale snapfit kit of everyone's favorite fussy protocol droid, C-3PO, from the legendary "Star Wars" film franchise is posable after assembly! Don't miss out on grabbing this iconic character for your collection!

Posted by Unknown at 6:38 PM No comments: 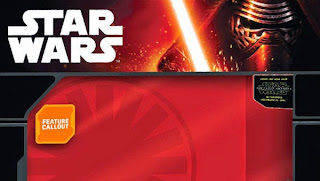 "StarWars.com is thrilled to announce that Star Wars: The Force Awakens products will land in our galaxy on September 4, 2015, at 12:01 a.m. — “Force Friday” — with stores around the world opening their doors at midnight for a special celebration of all things Star Wars. It will be a day long remembered."

Posted by DeathStarDroid at 8:48 AM No comments:

"The new season will kick off with a special one-hour movie event, Star Wars Rebels: The Siege of Lothal, and continue rolling out new episodes in the fall. Recently revealed at Star Wars Celebration Anaheim, the exciting new season will see our rebel heroes encountering fan-favorite characters that include Wolffe and Gregor, Ahsoka Tano, Captain Rex, and the iconic Darth Vader. Watch the trailer below!" -Starwars.com

Posted by DeathStarDroid at 8:54 AM No comments: